It is all about the regular season...

Nobody remembers the team that wins the championship... The top team in the regular season is the true champion (he says, fearing a playoff collapse.) 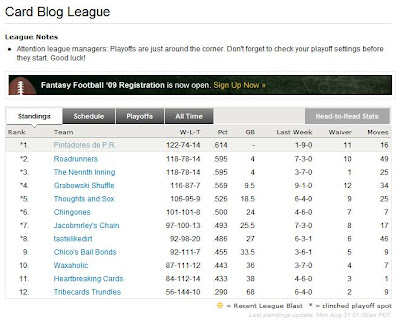 Thanks to Beardy for completing the checklist! I believe we are up to 93 cards (including this checklist) in this set. Very impressive! As always, you can see the set in all its glory at the Achiever Card Blog. 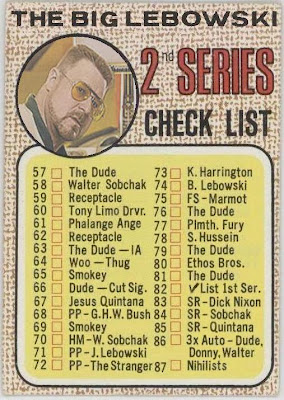 Posted by PunkRockPaint at 9:58 AM No comments: 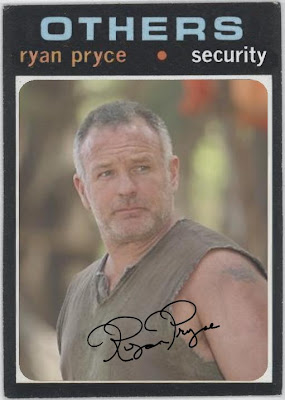 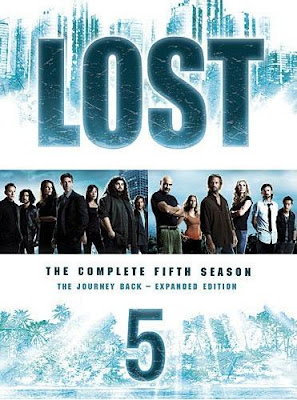 Posted by PunkRockPaint at 8:48 AM 2 comments:

Here we go again... As long as there are cards to be made, I just can't quit!
PRP LOST - #49 Eloise Hawking 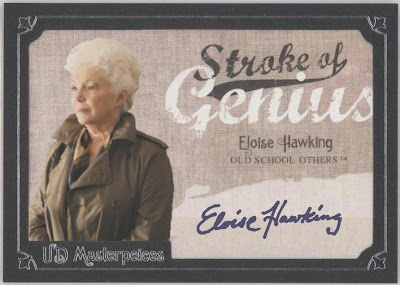 Posted by PunkRockPaint at 2:40 PM 4 comments:

I almost forgot about Goodwin... Unlike Ana Lucia, I wasn't trying to "stick" it to him. Ha! LOST humor... meh.
I think that it may be time to move on from this set...
PRP LOST - #48 Goodwin 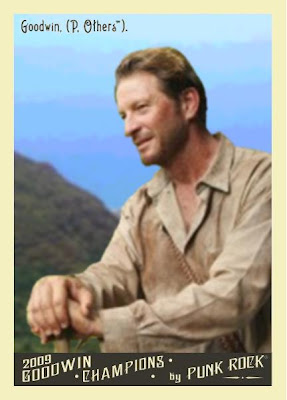 Congratulations to Y.E. Yang for winning the 2009 PGA Championships!
I have to admit, I was rooting for Tiger, but this guy won me over. His clutch hybrid-3 on the 18th was amazing! 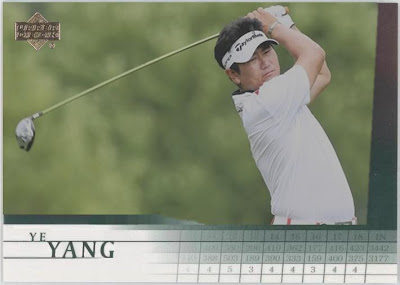 I have been working on a Tiger Woods project for a while now. Hopefully, I will be done soon...

Posted by PunkRockPaint at 4:38 PM No comments:

I have moved into the realm of electronic commerce.
All proceeds of my merch will go toward the purchase of baseball cards. 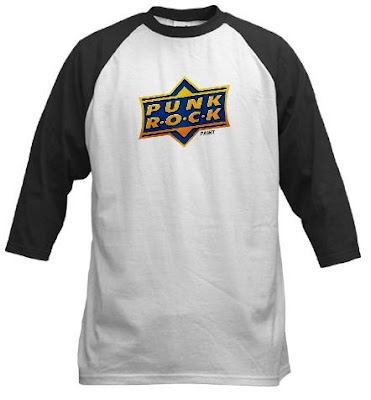 For my special Vick shirts, 50% will go to the Humane Society. 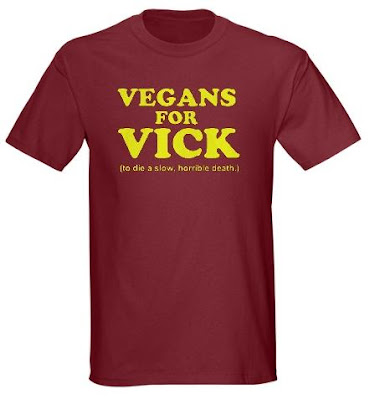 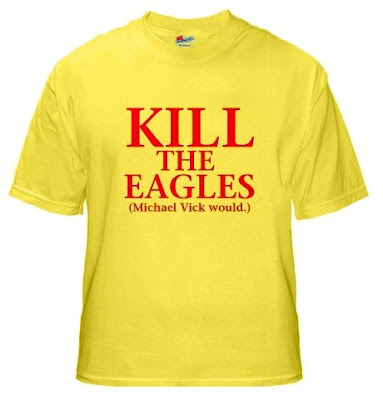 Spread the word if you would like... or just keep it to yourself; shaking your head in disgust.

Visit my store at Cafe Press! (or don't.)
Posted by PunkRockPaint at 9:01 AM 7 comments: 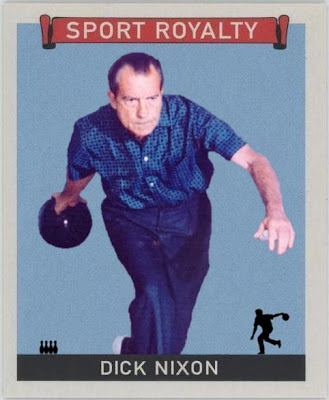 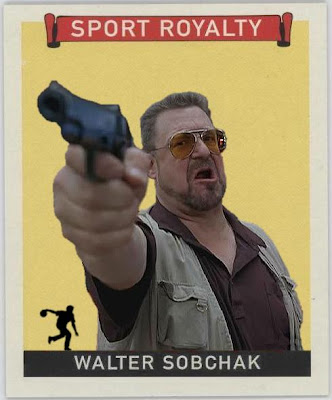 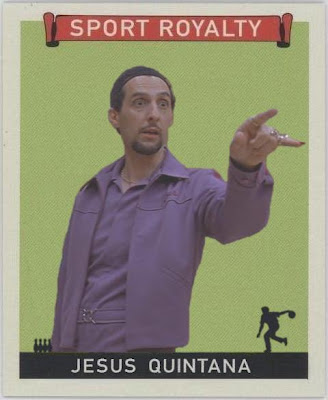 It has been a while folks. There were six spaces to fill on the series 2 checklist. Now we only need THREE more cards to fill it. A little help here people...
Preview 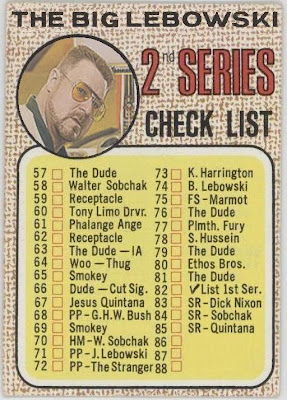 Be sure to notify Motherscratcher when you post your cards so they can be enshrined at the fabulous Achiever Card Blog.

Beardy, we may need to call on you once again...
Posted by PunkRockPaint at 4:26 PM 5 comments: 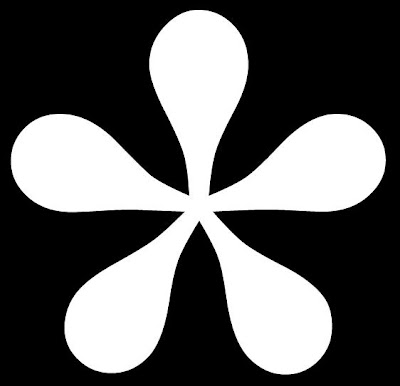 Uh oh! There is an astrisk after my team name. Oh, it isn't a bad thing. Four weeks before the playoffs in the Card Blog League fantasy baseball season, Los Pintadores de Punk Rock have clinched a playoff spot... Our 111-47-12 record puts us at the top of the league standings.

With four weeks remaining, and eight playoff spots up for grabs, it is time for an update:

At only 10.5 games back, we fully expect The Nennth Inning club to clinch a spot this week. Although, the commissioner's office has raised the possibility that Bailey's team may be disqualified due to a lack of current blog posts. (Not to mention the commissioner's fear of fantasy baseball competition.)

The Roadrunners club (based out of sweltering Seattle) lie a further 10.5 games behind The Nennth Inning, but look certain to lock up a playoff spot in the final weeks. The Roadrunners hopes for a championship may be hindered by the extensive number of transactions. Our league rules call for a maximum of 50 transactions per season (and no more than ten per week.) The Roadrunners currently lead the league with 40 moves.

The playoff race heats up at the fourth and fifth spots. Grabowski Shuffle and Thoughts and Sox are separated by only three games. The two face each other head-to-head this week in what may be a 4-5 seed playoff preview.

Chingones, Chico's Bail Bonds, and Jacob Mrley's Chain are separated by a mere 6.5 games, and currently hold the final three playoff spots. Tasteslikedirt is five games back, but making a mad dash for the final spot with some inspired transactions recently. Waxaholic is lurking a game behind, and could sneak into the final spot with a little of that famous Canadian luck.

Twelve games out, Heartbreaking Cards has shocked the world after missing the live draft. After being screwed over by his autopicks, Matt has lead his team to a respectable season. Lucky for him this isn't a keeper league.

Mathematically eliminated from playoff contention, Tribecards Trundles has restocked their lineup to accurately reflect the fire sale in Cleveland. General Manager, David Henderson recently posted the following statement on the league message board:

Tribecards Trundles, who have struggling just as bad as their real-life counterparts, The Cleveland Indians, made several moves on saturday that will once again fill the roster with an all-Indians team.

Manager --David says, "I had left things pretty well alone, as I often do in this league, but with all the changes to the Indians clubhouse, my fantasy team no longer resembled the boys in blue. It was an awful state to be in, but it is the principle upon which I built this team. I'm sticking to it."

Visibly shaken, players from the Trundles shared a few moments as teammates and friends said goodbye. "This was our fantasy team," Martinez said tearfully, "I hope some of the other guys get picked up. The Trundles will have a special place in my heart, but I know our beloved --David was only following the foundation that made this team in the first place."

The Trundles are currently 60+ games (now 70+) behind the leader, and sit in last place in the league. Will these changes help move the team up the chain? Is there any chance of post-season play for the Trundles? The cliche' is "only time will tell," but really, there is little doubt it will happen.

In conclusion... With eight teams in the playoffs, I give my Pintadores a 12.5% chance of winning the championship. I won't stop trying, but I do believe strongly in the law of averages.
Posted by PunkRockPaint at 10:02 AM 4 comments:

Diving into the pool of minor characters from LOST this afternoon, I remembered about "Frogurt". I had to borrow a few details from Lostpedia:
Neil, sometimes referred to as "Frogurt," was one of the middle section survivors of Oceanic Flight 815. Neil survived on the Island for 101 days before suffering a presumed death from a flaming arrow to the chest. (Awesome!)
Not much is known about Neil before he came to the Island. It is assumed that he used to make frozen yogurt.
PRP LOST - #47 Neil 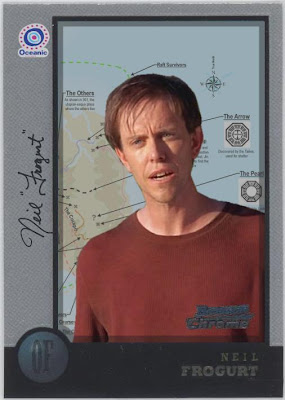