Not here... I never pay off the winners of my contests. (I don't forget... I am just so lazy... I need to make one of my contest rules be that the winner is required to send a SASE.) But I digress. Checkout the contest over at Enough Already!
Posted by PunkRockPaint at 12:43 PM 1 comment:

One of the most fascinating blogs I read on a regular basis is The Topps Archives. For a history buff/baseball card geek, reading it is like watching fireworks on the Fourth of July. Oooooohhhhhh! Aaaaaaahhhhh! A little while back, there was a post about the six missing cards from the 1953 Topps baseball set. There are some amazing pictures of the unused artwork that would have likely been used for the missing cards. I enjoyed reading the speculation behind the contract issues, trades, demotions, etc. that led to these six cards not being issued.

I figured it is about time I get to work patching the holes in the '53 set: 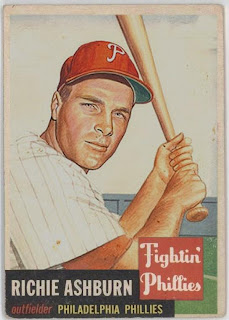 I'll get around to the backs eventually.
Posted by PunkRockPaint at 2:05 PM 2 comments:

My good friend and fellow Bip Roberts collector, Rod from Padrographs, recently sent me a Padrelicious package. It was chock-full of Padres goodness. One of the best parts was the 50+ Bip Roberts cards he sent.

I have owed Rod a return package for quite some time. In a recent post, he mentioned that he was on the lookout for rare Bip cards. I will have to send him the rarest Bip in my collection: 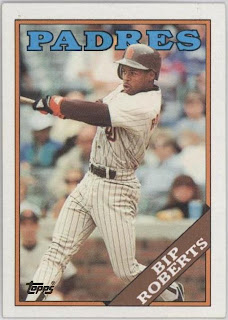 One of One
Posted by PunkRockPaint at 1:05 PM 3 comments:

As the series comes to an end this Sunday, I really need to hustle to get all of the major characters their own cards. Last week we were shown some of the early history of the island: the birth of Jacob and the Man In Black, the origins of the Smoke Monster, Adam & Eve... 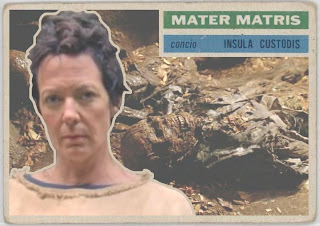 If any of you speak dead languages and would care to correct my Latin: Call 1-800-GET A LIFE
We also learned that (unlike her radio advertisements for Kaiser Permanente) Allison Janney wants you to "thrive" by hitting you in the head with a rock and stealing your babies.

I have finally gotten around to updating the LOST Card Gallery. You can click on the checklist on the right if you want to see the entire set (so far.)
Posted by PunkRockPaint at 3:48 PM No comments:

He may have the money, cool job, and all the cards... 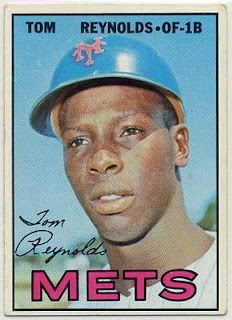 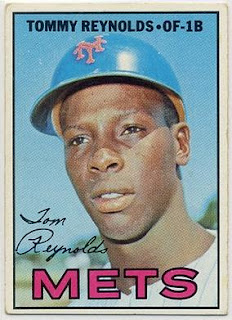 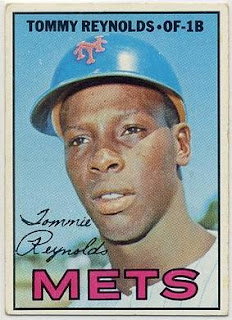 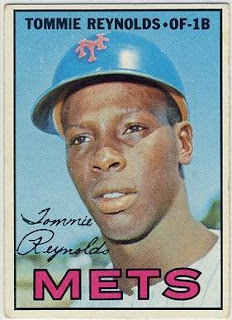 But I have MS Paint.
Thanks to Matt at Heartbreaking Cards of Staggering Genius for the inspiration.
READER UPDATE
A new variation has been found and sent in by a reader who has chosen to remain anonymous. 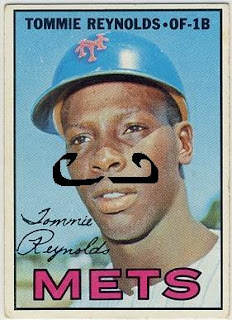 This variation is at least as rare as the "Tommy" blank back proof. It is the first I have ever seen!!!
But wait! There's more!!!
Corky from Pack War has some printer proofs that he had been saving for years. The story of how they came into his possesion is almost as interesting as the cards themselves:
On a class field trip to the Topps factory, Corky managed to slip away from the guided tour. Hoping to find the famed Topps Vault, he searched for a sign, a map, a company directory, anything that would show him the way to treasures beyond imagination. After wandering for several minutes, dodging security guards, and finding only locked doors, he was ready to give up and rejoin the tour. Just then, a door swung open, nearly hitting the mischevious treasure hunter. Diving behind a trash can to avoid detection, Corky was not seen by the four men clad in dirty cover-alls exiting the room. It wasn't likely that they would have seen him, the dollies they rolled from the room were stacked above eye level with boxes. The boxes were heavy, and the men struggled to roll the overburdened dollies down the hall. As the last of the men passed Corky, the lid fell off the box on the top his stack.
The lid slid over the man's shoulder and landed directly across the hall from Corky. Looking back toward the lid, the man slowed slightly and yelled to the guys in front, "Hang on! I lost a lid."
"No time. Get it on the way back." Shouted the man in the lead, "We have to get these to the truck before it leaves for the dump."
The man in back gave a slight shrug and moved down the hallway. As he struggled to keep the boxes from falling, a small shower of colorful cardboard fell from the box on to his head and cascaded to the floor. Corky's eyes followed the splash of color as it fell in slow motion. He shuddered as the cards landed on their corners against the hard linoleum. The men sped down the hall, and crashed through a pair of doors marked Shipping / Receiving.
As soon as the doors slammed shut, Corky skittered out from his hiding spot. His heart racing, he scooped up the cards, and shoved them into the pocket of his windbreaker. Running back to join his class, his Zips sneakers squeeked as he hurtled around corners and darted down empty hallways toward the tour he had broken away from.
...even after he rejoined his classmates and finished the tour; the complimentary Ring Pop, pack of football cards, and Bazooka gum could not distract him from the unseen treasure that burned against his side, in the pocket of his windbreaker. On the bus ride back to school, Corky sat alone. His friends shouted at him to join them in trading cards at the back of the bus, but Corky wouldn't budge.
His hand slid slowly into his pocket as his eyes stared straight ahead. his fingers traced the edges of the cards as his mind raced. What were the cards? He knew they were colorful, he hoped they were valuable. Little did he know the cards he saved from an unceremonious burial at the landfill would some day be a sportscaster/politcal commentator's holy grail:

Wow! What a find! Thank you, Corky!
IF YOU HAVE OTHER VARIATIONS, PLEASE EMAIL THEM TO ME! I WILL BE SURE TO POST THEM!
Posted by PunkRockPaint at 1:06 PM 2 comments: