Tonight's two-fer: Danielle Rousseau! Spanning the entirety of her career on the island:
PRP LOST - #32 Rousseau 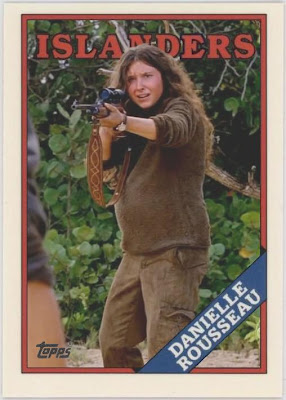 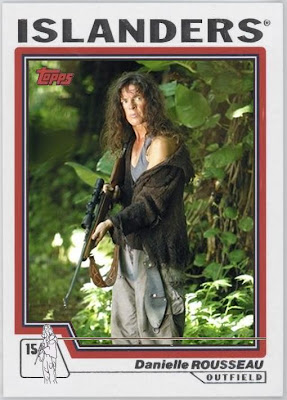 Posted by PunkRockPaint at 9:22 PM

Mentioning the entirety of Rousseau's tenure on the island gives a great idea for a card. Take one of the 1983 Super Veteran cards as a template to use for something like this. You could use Rousseau, Charles Widmore or, spookier yet, Richard Alpert.

Also, the 1972 Boyhood Photos subset....throw in Ben Linus (or Charlotte, but she didn't have a "Boyhood" photo).