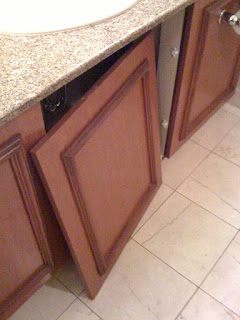 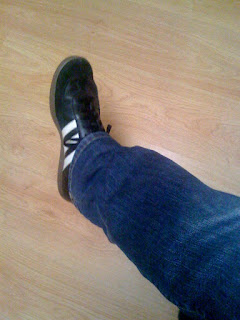 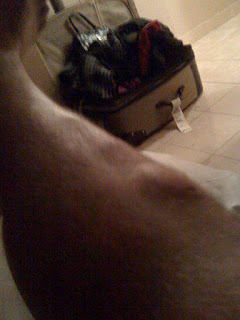 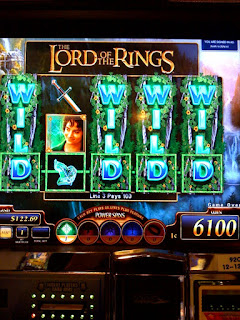 The game will save your stats, and you accumulate new bonus games the longer you play. To play where you left off, you just log in with your name and a password you create. Kerri had created my account a few months back, with the log in name: PunkRockPaint. Other than the fact that it is a little long to type, when all I want to do is gamble, it didn't bother me.
Back to Sunday at the Flamingo... I had been playing for a while, when the machine next to me became available. I was tempted to move over, because my machine was not paying well, but a guy sat down at the machine. He was friendly, and we struck up a conversation about the addictive nature of the game. I noticed his name when he logged in, and it seemed familiar. I briefly wondered to myself whether he was famous and I should know who he was. Winning a few cents on my next pull, I focused back on the game. As you might be able to see in the picture above, the player's log in name is posted in the upper right hand corner of the screen. Not too long later the guy sitting next to me leans over and says, "Punk Rock Paint?"
I said sheepishly, "Yeah, that's me, I guess."
He replies, "THE Punk Rock Paint?"
At that point, I'm thinking... could there be more than one?
"With the LOST cards and the custom baseball cards?", he asks.
Holy shit!
Maybe that's why I thought I knew his name! Chuck Na! His blog, HamRamMobtown is in my favorites list! Bizzare! I guess I didn't know his name before Sunday night, but if he would have been silly enough to log in under Pop Startled or Standardchuck, I would have been the one saying, "THE Standardchuck?!?"
We talked about Baseball cards, Beardy, Baltimore, and a bunch other things that don't start with the letter B. We had a really nice conversation, but I constantly wondered whether this amazing, random meeting had ruined my random chance of hitting a jackpot. Chuck had no such problem. He won $219.00 on one spin!
Maybe I would have won that cash if I had moved over...
But I wouldn't change the way things worked out. I got a chance to meet a fellow baseball card enthusiast, fellow blogger, and all-around cool guy. Nice to meet you, Chuck!
Can I borrow $219.00?
Posted by PunkRockPaint at 7:00 PM

Glad you had a good time. Except for the blood and all.

Play at the Plate said...

Cool experience...aside from the blood and nasty looking goose egg.

THE nerdiest story in the history of Las Vegas, and I am flattered to have been a small part of it. It's an honor to know you both.

Oh, and how could you stand the smell of the Flamingo long enough to gamble there? Do you like pina coladas? Getting caught in the rain?

It was great meeting you, PRP. Sorry to hear that you weren't able to monetize your injury experience. Also, didn't know that you were eyeing the machine...I would have gladly given up the machine for an autographed Sayid.

The Flamingo was a nice hotel, but I definitely enjoyed my stay when I moved over to the Venetian. Of course, in that casino, they had a hair band playing G'N'R covers: you know where you are? You're in the jungle, baby. That and Phantom of the Opera.