When the Bundesliga returned a couple weeks back, rumors were that mascots would not be permitted at the matches (nor would spectators of any sort.) I was a little bummed that Hennes, the goat mascot of FC Koln wouldn't be able to munch on the freshly manicured pitch. I was really looking forward to watching some live (albeit televised) football, so despite the absence of Hennes I decided to watch the first match back since the pandemic hit. As I watched the Koln match versus Hoffenheim, I still had the Sunderland Loyalization running around in my head. So, before the match even ended, I started on this: 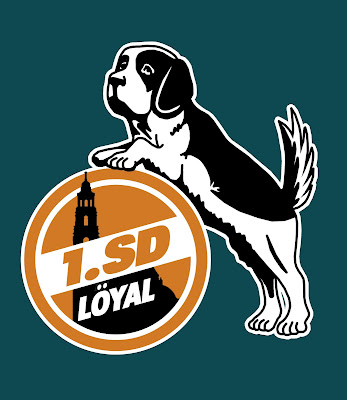 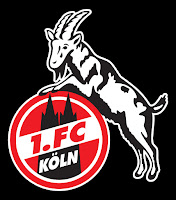 This one is pretty self-explanatory: Bum (The Locals S.G. mascot) is the G.O.A.T.! (Great story) I switched out the colors to match SD Loyal, and added the California Tower from Balboa Park (to replace the Cathedral of Cologne.)
Posted by PunkRockPaint at 10:21 AM