Man! I don't even read this blog anymore... What the heck are you doing here?

What's that? You want some more LOST cards? Okay. 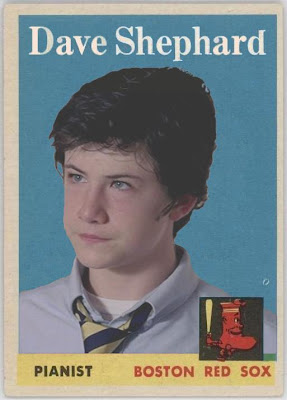 Something I read on Lostpedia makes me think Jack's (alternate universe) son may be important to the finale:
Judeo-Christian tradition holds that a "shepherd" boy named David (who also was a gifted musician) was the only person in Judea brave enough to fight the giant Goliath. He won against improbable odds and became the king of Judea. The most famous Psalm of David, Number 23, opens with the line, "The Lord is my shepherd."
Design based on: 1958 Topps #5 - Willie Mays

Posted by PunkRockPaint at 1:04 PM