A Couple of Quick Thoughts...

My 2008 Allen & Ginter set is complete!!! I had two gaping holes in my binder that are now filled! I have mixed feelings about the end. On one hand, it is great to accomplish a goal. On the other, it is a bit of a letdown. I am tempted to work on the mini set, but it seems a little daunting (read: expensive.) It could be fun.
I owe a huge thank you to the people who helped me finish the set: Dayf from Cardboard Junkie took out a big chunk of the cards I was missing. Luckily, I was able to help him finish his set; Tricia from The Hamiltonian graciously sent me the Ichiro I was missing. I have a few Josh Hamiltons heading her way (hopefully, I can dig up a few that she needs.); and Cliff from Capewood's Collections had the final two cards I needed and offered to send them to me.
As I was emailing back and forth with Cliff, a small package addressed to my sister arrived in the mail. It was kind of odd. She lives in Seattle, and I in San Diego. I called her up to let her know that someone got our addresses swithched up.
It turns out that my sister reads my blog. (Hi, sis!) She spent a while on the eBay one day last week and found the last two cards I needed and had them shipped directly to me as a gift for being such an awesome brother. (Well, she didn't use those exact words, but I am sure that's what she meant. :)
Once again, thank you to all that helped. You guys are great! As a special gift, I am giving all my readers a preview of the 2009 Allen & Ginter - PunkRockPaint Wish List.
I spent some time thinking about what insert sets I would want to see in next year’s offering of Allen & Ginter. My initial thirty-seven insert set concepts were narrowed to the top ten via random draw from a hat. I then ranked my choices based on seven criterion:
Theme- How well do the proposed cards match cards or subsets from previous years?
Style- Will the proposed cards fit the late 19th century look of the previous sets?
Likelihood- Would Topps consider producing the proposed cards?
Cost- How cost prohibitive would it be to obtain licensing for subjects in the cards?
Originality- How different are the cards from previously issued cards or subsets?
Popularity- Will the proposed cards create demand based upon their subjects?
Punkability- Is it possible for PunkRockPaint to “create” these new cards using MS Paint?
I gave each of my proposed insert sets a grade from 1 (poor) to 10 (excellent) in each category. Rather than base my decisions on an average grade, I used a line graph to simplify the process. (see Figure A) 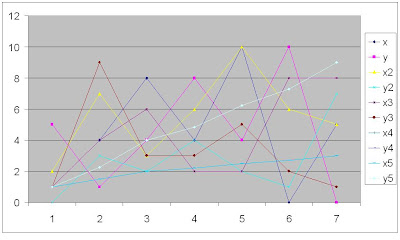 I realized that the graph didn’t simplify the choices. So I chose the winners at random.
Here is the first inert set from the 2009 Allen & Ginter - PunkRockPaint Wish List: 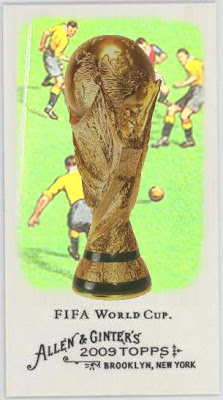 The next one, chosen at random, was “Greatest Inventions.” Upper Deck stole a little of my thunder with their 2008 Piece of History set. I was more than a little upset by some of their choices for the set… Sure, the cotton gin was an important invention, but it pales in comparison with the most important invention of the 21st century: 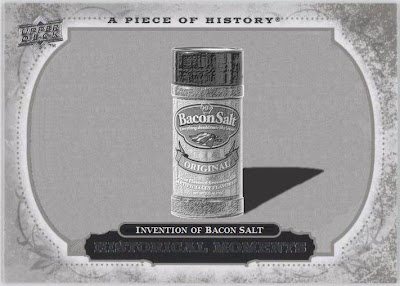 Everything should taste like bacon!
Posted by PunkRockPaint at 9:25 PM

Mmmmmmmmmm. Bacon. ... Selecting at random is always a fine choice.

My blood pressure and cholesterol just went up 50 points each!

you live in sd too? dude, did you realize that there is no card shops in America's finest city??

I told my wife the other day that the secret to all things good was to add bacon, cheese, or preferably, BOTH! Bacon Salt... Ahhh... Glad youthrew the graph out. I looked at it and went, "uuuhhh.." :-)

Bacon, ham, pork chops, bacon salt? Those all come from the same animal?

Have to say the trophies subset would be one of the first I tried to collect if they actually came out with it!