This one-post-a-week thing is pretty weak. I know I get pissed when bloggers don't post anything for an entire week. I will try to do better.
For my first post (of many) this week, I give you another card that should have been: 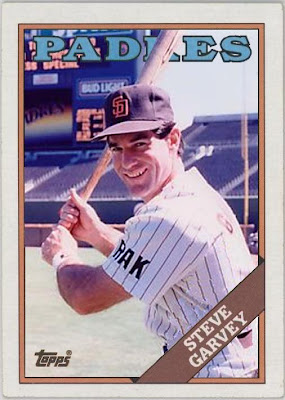 Ten time all-stars deserve to have a card for their final year. Garvey played 27 games for my Padres in '87. News of a couple of paternity suits filed against him also led to one of my favorite bumper stickers: Steve Garvey is not my Padre. The Sons of Steve Garvey Blog came up with the name based on the same lawsuits. 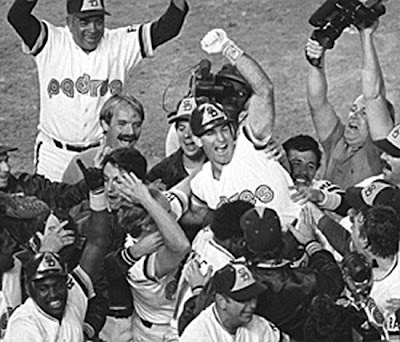 Anyone who helps bring my favorite team from perennial losers to the World Series deserves a card for their final year.

FYI- Though Garvey won game 4, it was my man, Tony Gwynn, that had the go-ahead RBIs in game 5 that sent the Padres to the 1984 World Series.

Posted by PunkRockPaint at 2:08 PM

is this card available on cardboard. Sorry we didnt get to meet when you were up this way. Are you coming up for Christmas?

That is a very cool card. Keep up the great work.

a fitting final tribute for the garv. awesome.

I remember how pissed everyone was Garv wasn't in the '88 Topps set. Nice job by the way.

This would have been a nice legacy card. What he have now is fine, as that last season was cut short due to injury after a terrible start. But his one home run that year gave Larry Bowa his first win as a manager, so we have that...