Tony Gwynn won his first batting title in 1971, edging Joe Torre .365 to .363. The 1971 season also marked the first year that Tony led the league in doubles (46) and triples (15). He began to show the other aspects of his game as well. Tony fell two stolen bases short of leading the league (62), and won his first Gold Glove award. 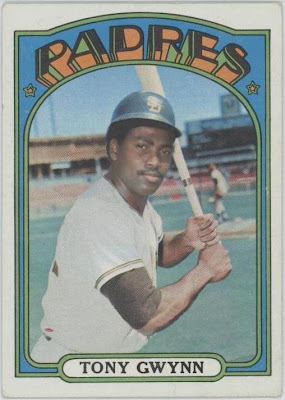 Posted by PunkRockPaint at 10:45 AM

This one looks really good!

Tony Gwynn can not be stopped!

I shall now delete it so nobody will ever know Maria's sexual fantasies...