The 1975 season was a milestone in the career of Tony Gwwwhat???


I love his card from the 1976 set. It really shows his playful side. Tony attempting to mimic the batting stance of, new second baseman, Tito Fuentes really cracks me up. I love that he continued the theme with his own name taped to his hat (ala Tito.) 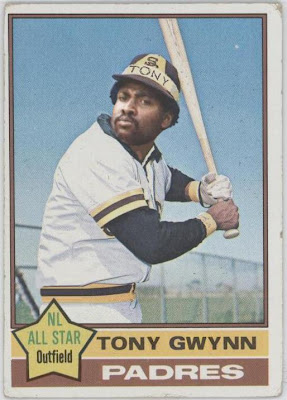 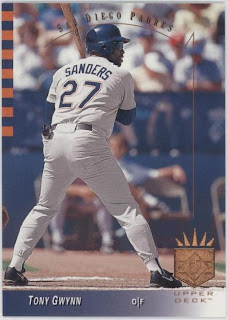 This card was the first of many Gwynn cards that show his quirky side. I am especially fond of the 1993 SP card with Tony in Scott Sanders jersey. I went to several spring training games that year... I may have been there! (Wondering who the new guy, Sanders, with the sweet swing was.)

Posted by PunkRockPaint at 9:08 AM